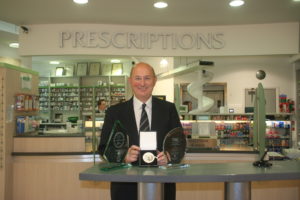 The pharmacy continues to be owned mostly by Sheffield Pharmacists, but in 2012 ownership of part of the company was transferred to the staff via an employee ownership trust model. This means that over 75% of the business is owned by current or past employee, creating a deeper connection and passion between the pharmacy, its staff, and most importantly, its community.

The company is well known throughout the city of Sheffield and has become a well-known local landmark. We are the first choice for having stock of items that are difficult to find, or that are not available elsewhere. We keep medicines that others do not have and have referrals come through to us on a regular basis. If we don’t have it, we will do our very best to find it for you!